I used a raspberry pi to build a weather display 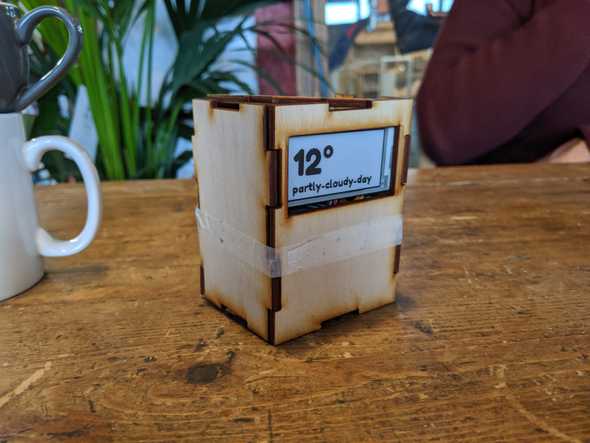 I built a thing that displays the current weather (it updates every 10 minutes). It's a raspberry pi connected to an e-ink display, and a python script that runs every 10 minutes, which also updates the screen.

You can find the script here

Here's a GIF of it in action

The pi is connected to the inkyphat display via a 40x 20cm Male-Female Jumper Wire Cable (see here).

I didn't know how to solder (at the time of writing this), so I ended up using the GPIO Hammer Header to add female headers to the pi so I can plug the jumper wire cables into. Here's a video on how to use the hammer header. 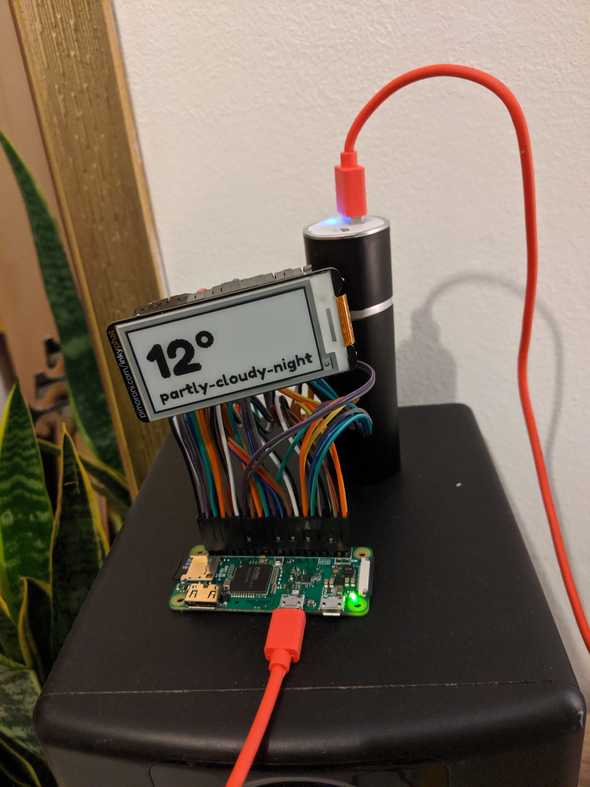 I wanted a case to house the thing as I don't like naked wires (especially for a thing that you may have to look at every day). I considered 3D printing, but then realised I didn't have enough time to learn the ropes of yet another thing. As cool as I think it would be, I really like making progress on projects, especially since I'm working on this mostly during the weekends. 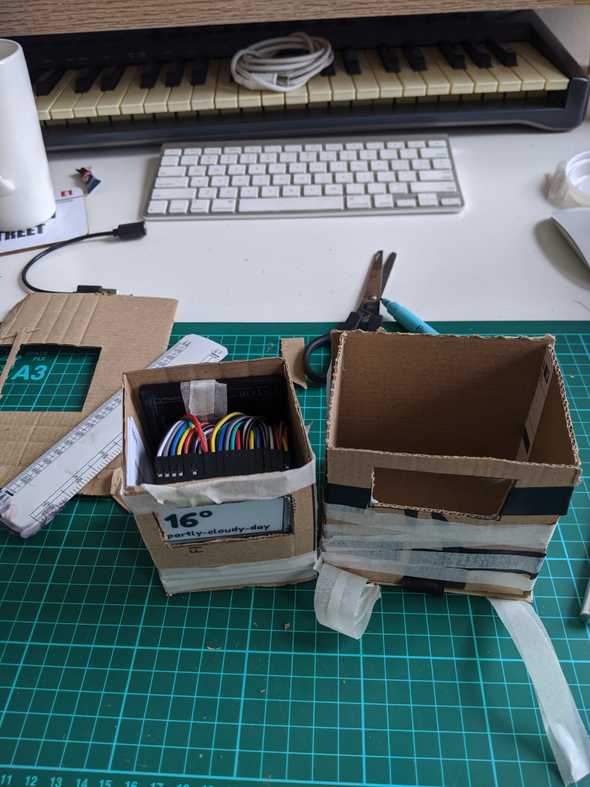 Initially, I was going for a case that could house a battery. I went with using a cheap credit-card shaped phone charger. This is embarrassing to admit, because it would have taken me all of 30 minutes to get my head around how much power a pi zero w would need to know a credit-card shaped one would not keep the pi alive for more than a few hours.

Here's what I ended up with: 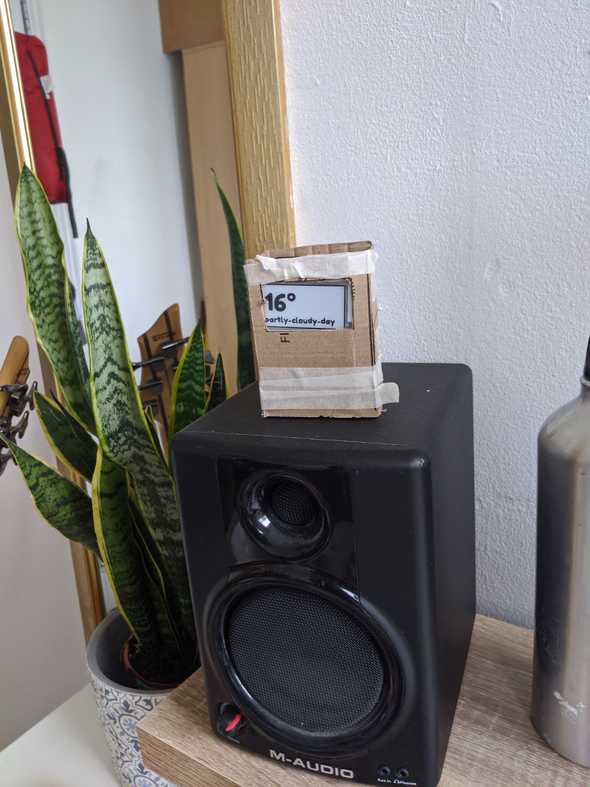 I had access to a laser cutter at a local woodworking space so I decided to laser cut the case for this project.

I found makercase.com that will give you a ready to cut file that you can use. I went with 3mm thick laserply because it was relatively cheap and forgiving when you make mistakes.

Here's the laser cutter in action 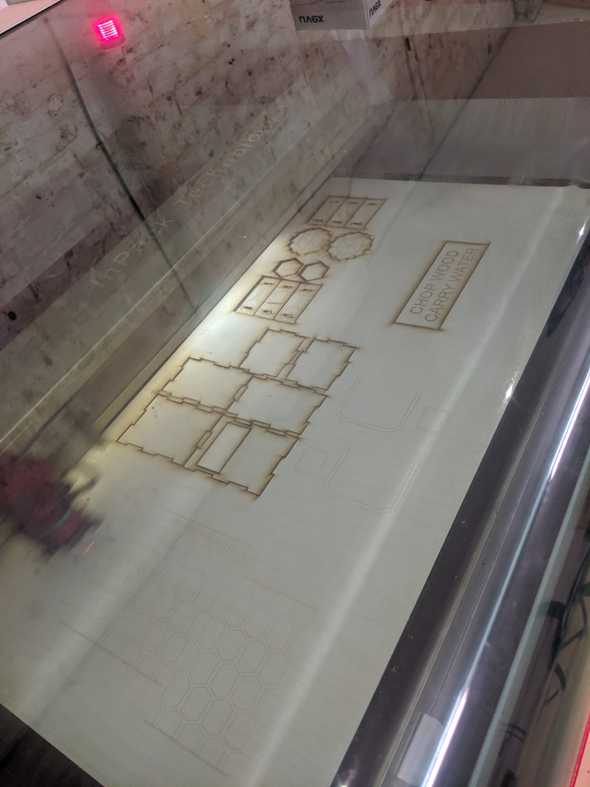 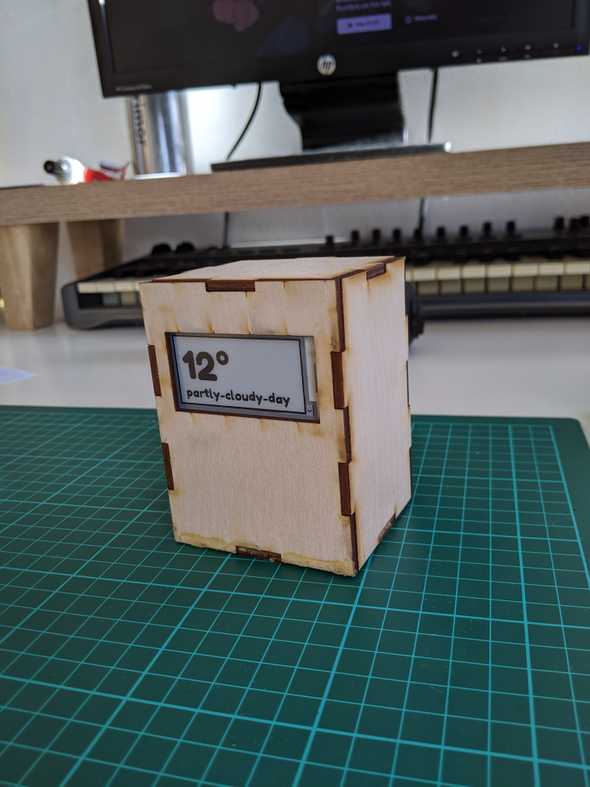 I'm not entirely done with this yet - this is still a work in progress. I'll update this post when I do make more changes, but I wanted to start documenting what I've done on it so far.

If you have any questions, I'm at @nkhil.

The code for this site is available for free under an MIT license.